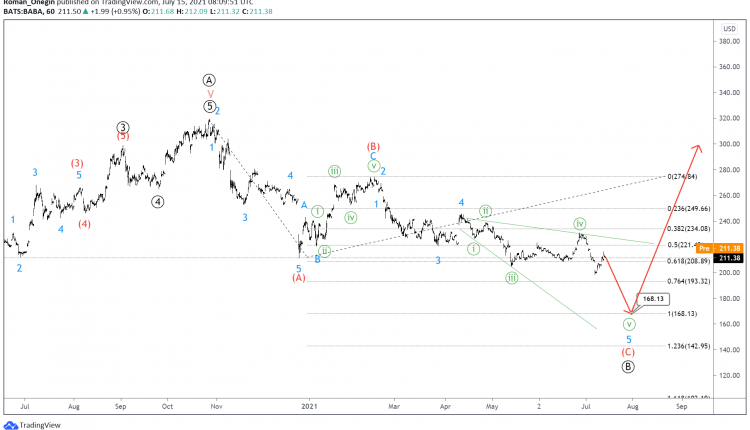 On the 1H timeframe of the BABA stock chart, we see the structure of a large Ⓐ-Ⓑ-Ⓒ zigzag.

Over the past six months, the market has been moving within the bearish correction Ⓑ. To date, it continues its development. Wave Ⓑ takes the form of a simple intermediate (A)-(B)-(C) zigzag.

A closer look at the second impulse wave (C) shows that its fifth part is similar to the ending diagonal. Since the minute fourth wave ended above the end of the minute first wave.

In the near future, the price could continue to move down in the wave ⓥ to 168.13. At that level, impulse waves (A) and (C) will be equal.

Then the bears will give way to the bulls, and the price could start to rise in the primary wave Ⓒ. 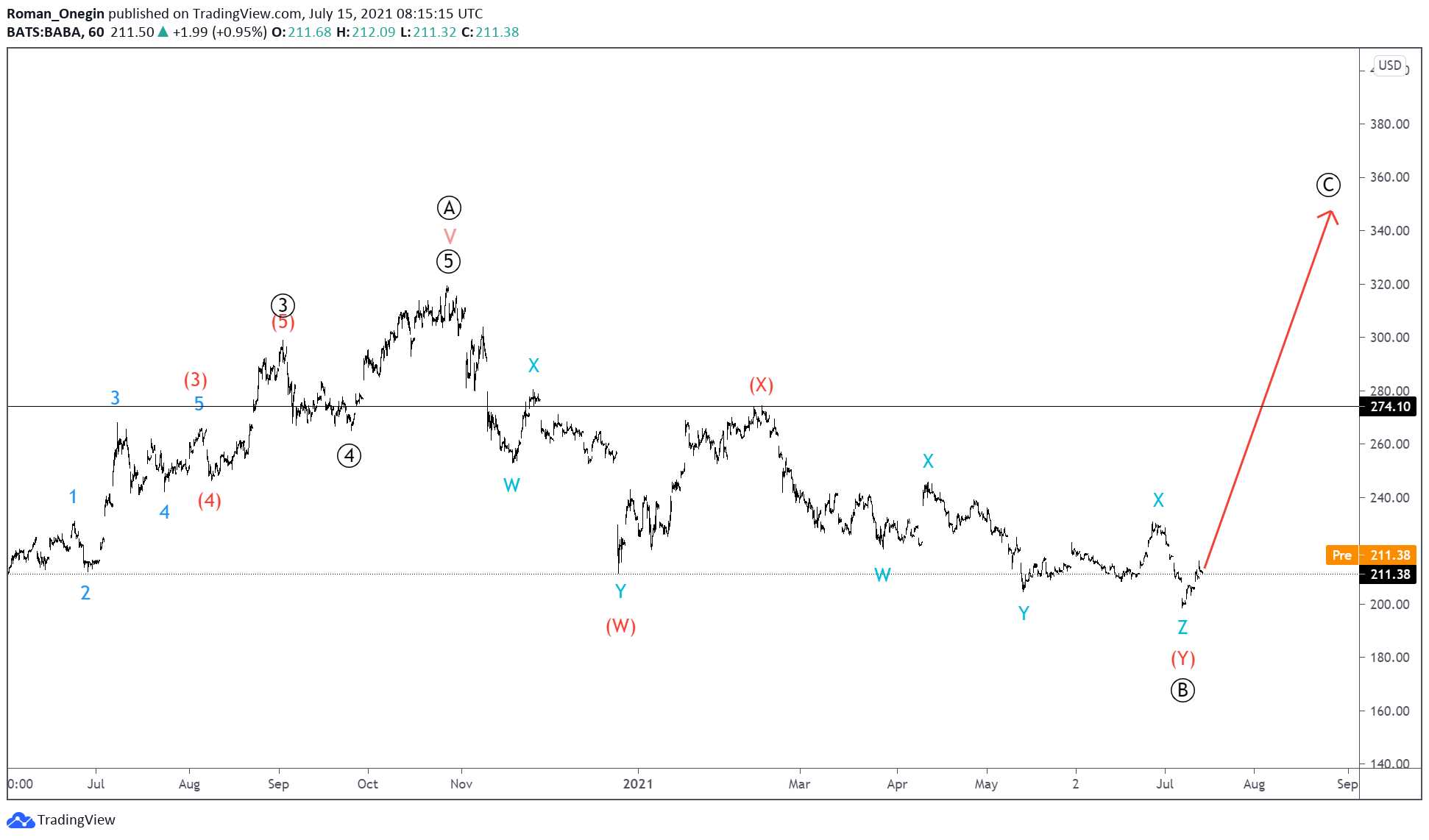 It is possible that the development of the primary correction wave Ⓑ has already come to an end.

In this view, it has the form of an intermediate double (W)-(X)-(Y) zigzag. The actionary wave (W) is a double zigzag, and the second actionary wave (Y) is a triple zigzag.

In the coming trading weeks, an upward move is likely in a new primary wave Ⓒ above the maximum of 274.10.