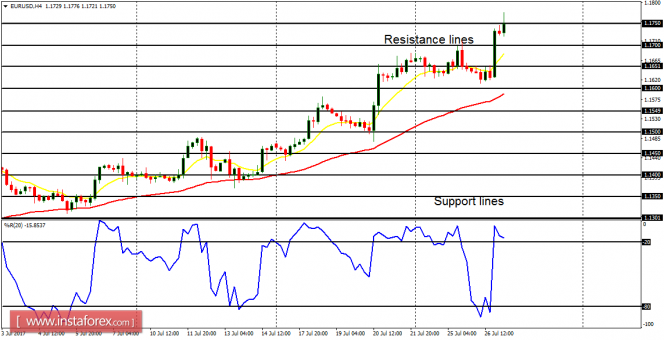 EUR/USD: The EUR/USD has again, set out riding northwards this week, just as it did last week. The price has gained roughly 100 pips, and it is now testing the resistance line at 1.1750 (which was briefly breached yesterday). The current price action indicates further bullish movement.

USD/CHF: A sudden weakness in CHF caused a bullish movement of 130 pips on the USD/CHF (other CHF pairs also rallied, saved the CHF/JPY, which plummeted). However, the bullish movement was halted before it posed a serious threat to the recent bearish bias. Price has come down again and things have gone bearish. Only a protracted weakness in the EUR/USD can bring about a protracted rally on the USD/CHF. 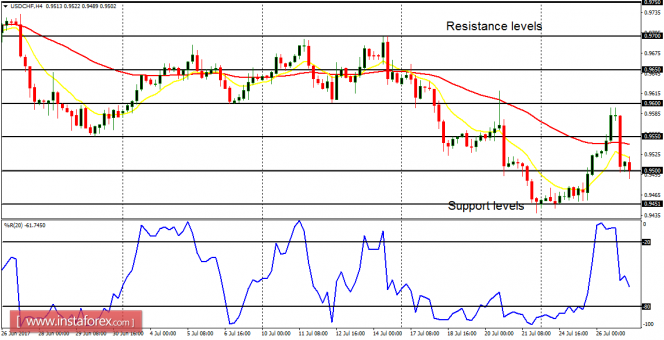 GBP/USD: Since GBP/USD tends to be positively correlated with the EUR/USD in certain cases, we can see that the former has rallied, just as the latter has done. There is a Bullish Confirmation Pattern in the 4-hour chart, and further bullish movement is anticipated. Some fundamental figures are expected today and they can have an effect on USD pairs, thereby affecting the GBP/USD as well. 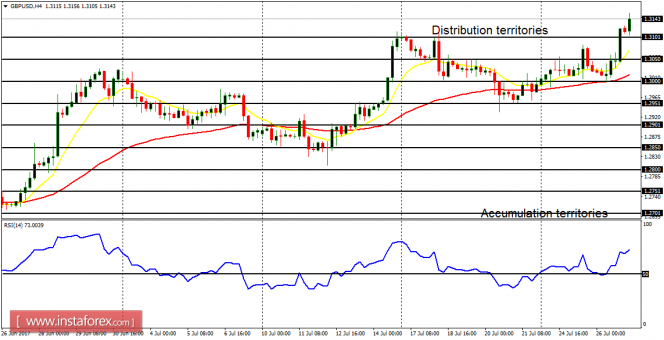 USD/JPY: On this currency
trading instrument, the rally that happened on Monday and Tuesday has proven to
be a great opportunity to sell short at a better price. Price plummeted yesterday
as the bearishness in the market continued. The EMA 11 is now below the EMA 56,
and the RSI period 14 is below the level 50, thus indicating more southward
journey. 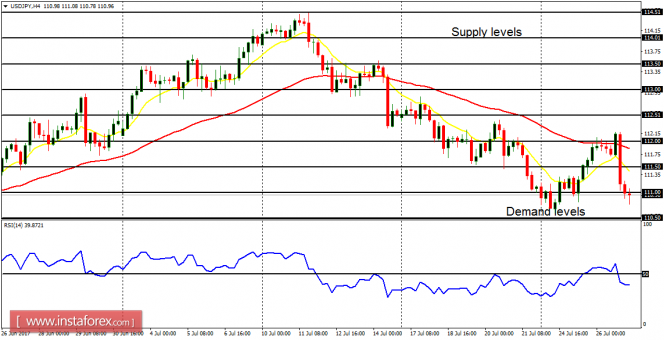 EUR/JPY: This cross has held out its bullishness so far, in spite of the short-term consolidation being witnessed. One reason the cross is able to remain bullish till now is the strength in the EUR itself, and things would begin to drop once the EUR loses strength. There could be a reversal within the next several trading days. 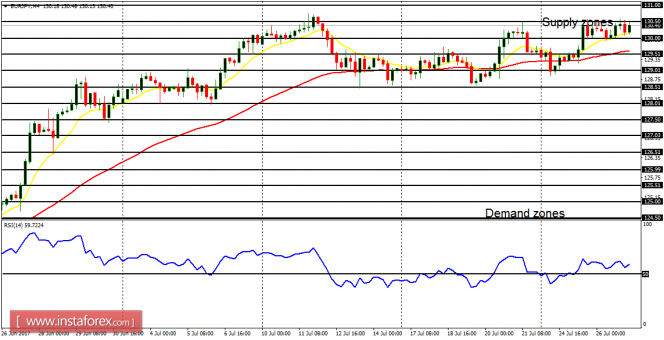