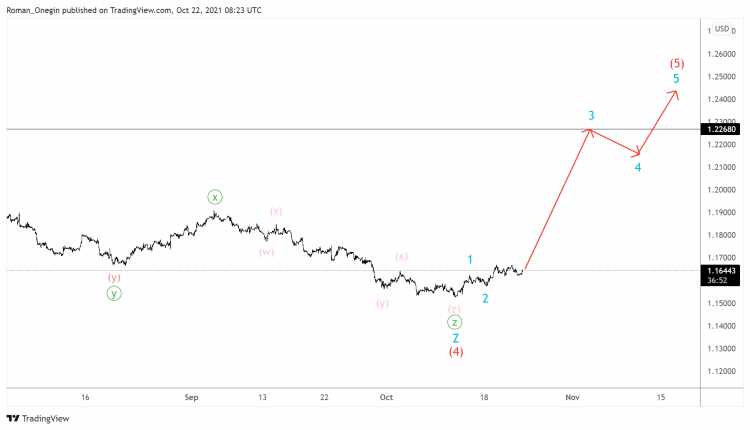 EURUSD eyes the development of a large bullish impulse. This impulse consists of intermediate sub-waves (1)-(2)-(3)-(4)-(5). Most likely, the construction of an intermediate correction (4) has recently ended. This has a complex internal structure of a triple zigzag W-X-Y-X-Z of the minor degree.

After the completion of the intermediate correction (4), the market moved higher. The development of an intermediate impulse wave (5) has begun. This consists of sub-waves 1-2-3-4-5, as shown on the chart.

Most likely, in the near future, the price in sub-wave 3 will rise to a high of 1.2268. This was marked by the minor intervening wave X. 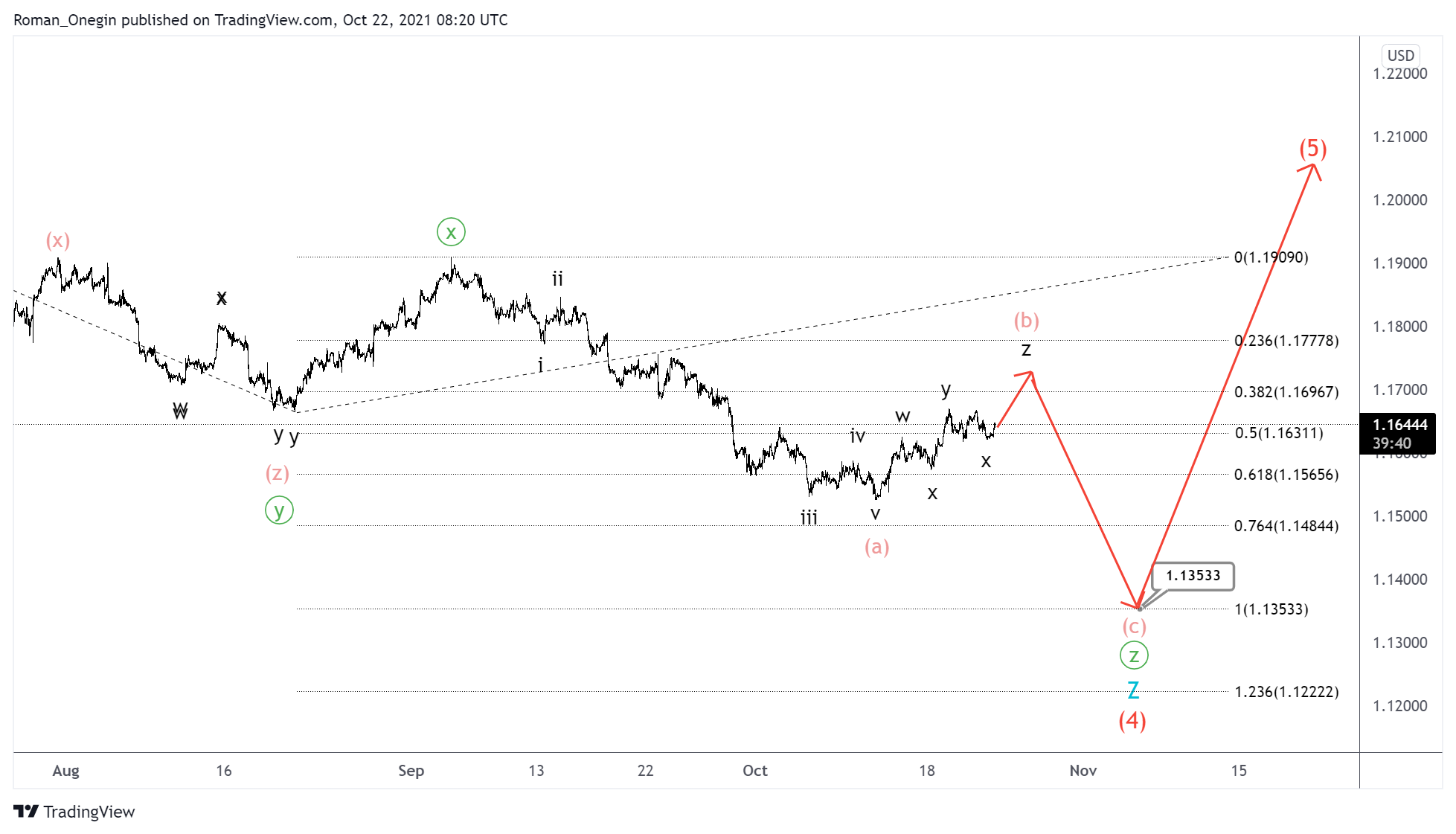 Let’s consider an alternative scenario, where the formation of an intermediate correction (4) has not ended. Not so long ago, the market completed the formation of the minute intervening wave ⓧ, which is part of the minor wave Z.

To complete the minor wave Z, a minute wave ⓩ is necessary. Most likely, it will take the form of a minuette simple zigzag (a)-(b)-(c), as shown on the chart. Correction (b) may soon come to an end, after which the development of impulse (c) will begin.