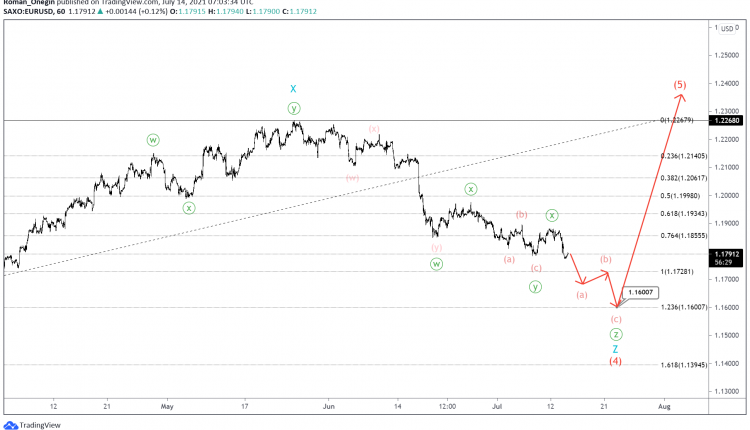 The EURUSD seems to be developing a large bullish impulse. This consists of intermediate sub-waves (1)-(2)-(3)-(4)-(5). Intermediate correction (4) has a complex internal structure of a triple W-X-Y-X-Z zigzag.

At the end of May, the second minor intervening wave X was completed. Then a bearish market movement in wave Z followed. Wave Z is similar to a triple zigzag consisting of five-minute sub-waves.

The first four-minute sub-waves are fully completed and the development of the last fifth sub-wave has now begun. 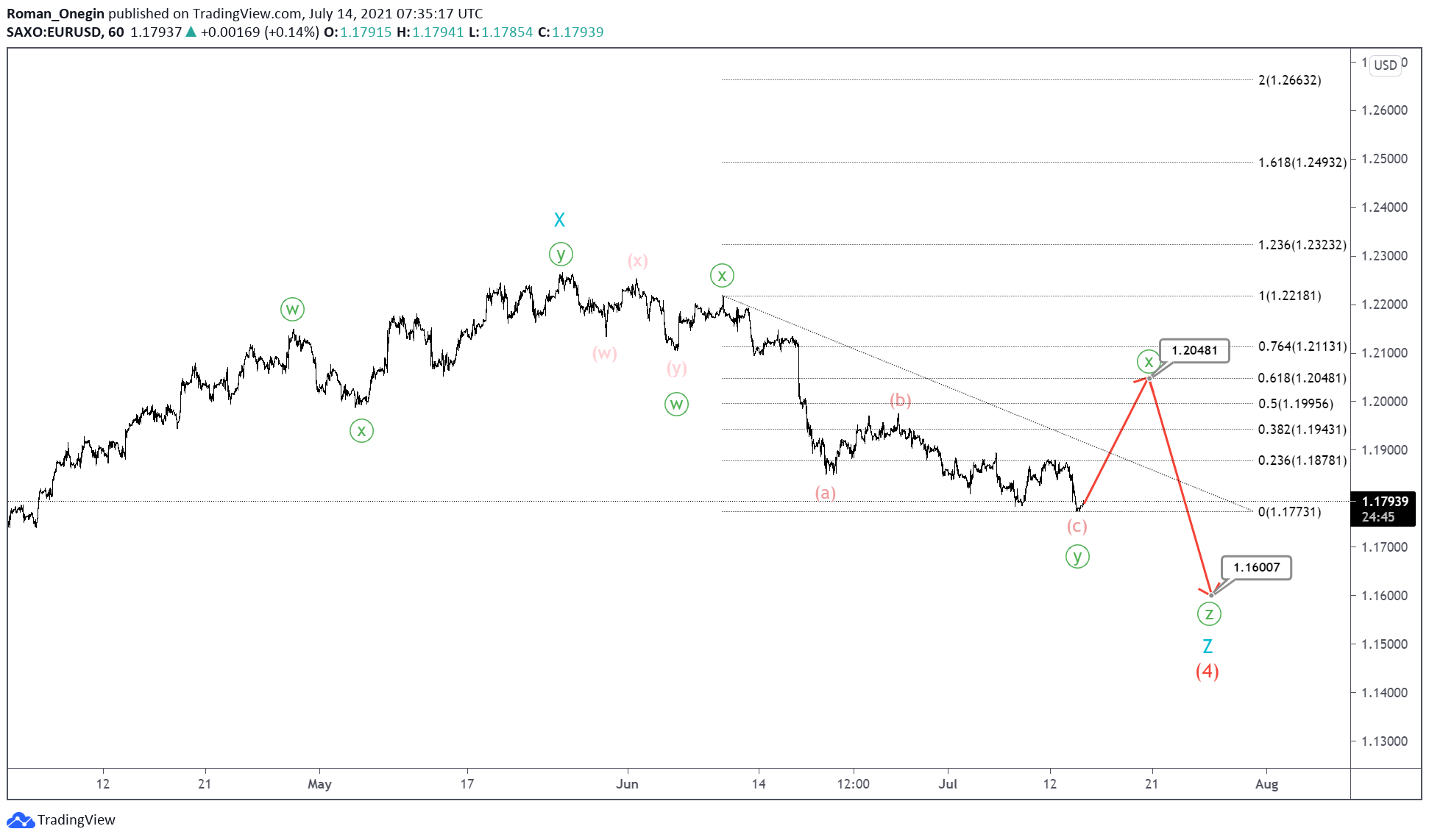 An alternative scenario shows the completion of the current minute wave ⓨ, which is part of the minor wave Z.

Thus, if the market follows this scenario, in the near future the currency pair could increase in price in the intervening wave ⓧ. It is possible that it will be equal to 61.8% of wave ⓨ, which means that it will end near the level of 1.2048.

Following the formation of wave ⓧ, a decline is likely in wave ⓩ to the level of 1.1600.

China Q2 GDP: Is The Rebound Over?