Shares in French bank Societe Generale have been on a firm rally recently. The company’s stock price has rallied more than 37% off the year-to-date mid 15 lows to current highs around the 21 level. Sentiment towards the bank was lifted in response to a solid Q4 earnings report released earlier this month. The bank reported earnings per share of 1.23 in Q4, beating estimates for a 1.22 EPS.

Lower Than Forecast Loss in 2020

Societe Generale reported net profits of 470 million EUR over the final quarter of 2020. This firmly beat the 252 million EUR Wall Street was looking for. In total over 2020, however, the bank reported a loss of 258 million EUR. Though, this was far less than the 822 million EUR loss the market was forecasting.

Commenting on the results, the bank’s CEO Frederic Oudea said:

“The good news is that we have stabilized the revenues for the capital market activities at 1 billion (euros) and overall the second main takeaway is of course the quality of the credit portfolio, which has not deteriorated.”

Oudea went on to say:

“The fourth-quarter results provide further confirmation of the rebound in our businesses observed in the third quarter after a beginning of the year marked by the impacts of the Covid crisis.”

Staff To Work From Home in The UK

The bank has been in the headlines recently over a decision it has taken over operational procedures in the UK. SG has told staff they are now allowed to work up to 90% of the week at home, needing only to come into the office for a few days out of each month.

The company has 3,600 staff members in the UK. They have now announced the new flexible working model in response to the pandemic. SG has said that in the wake of the pandemic, which forced all employees to work from home, it will not return to the old way of working. For some front-line staff members such as traders, the majority of time is still likely to be spent in the office. 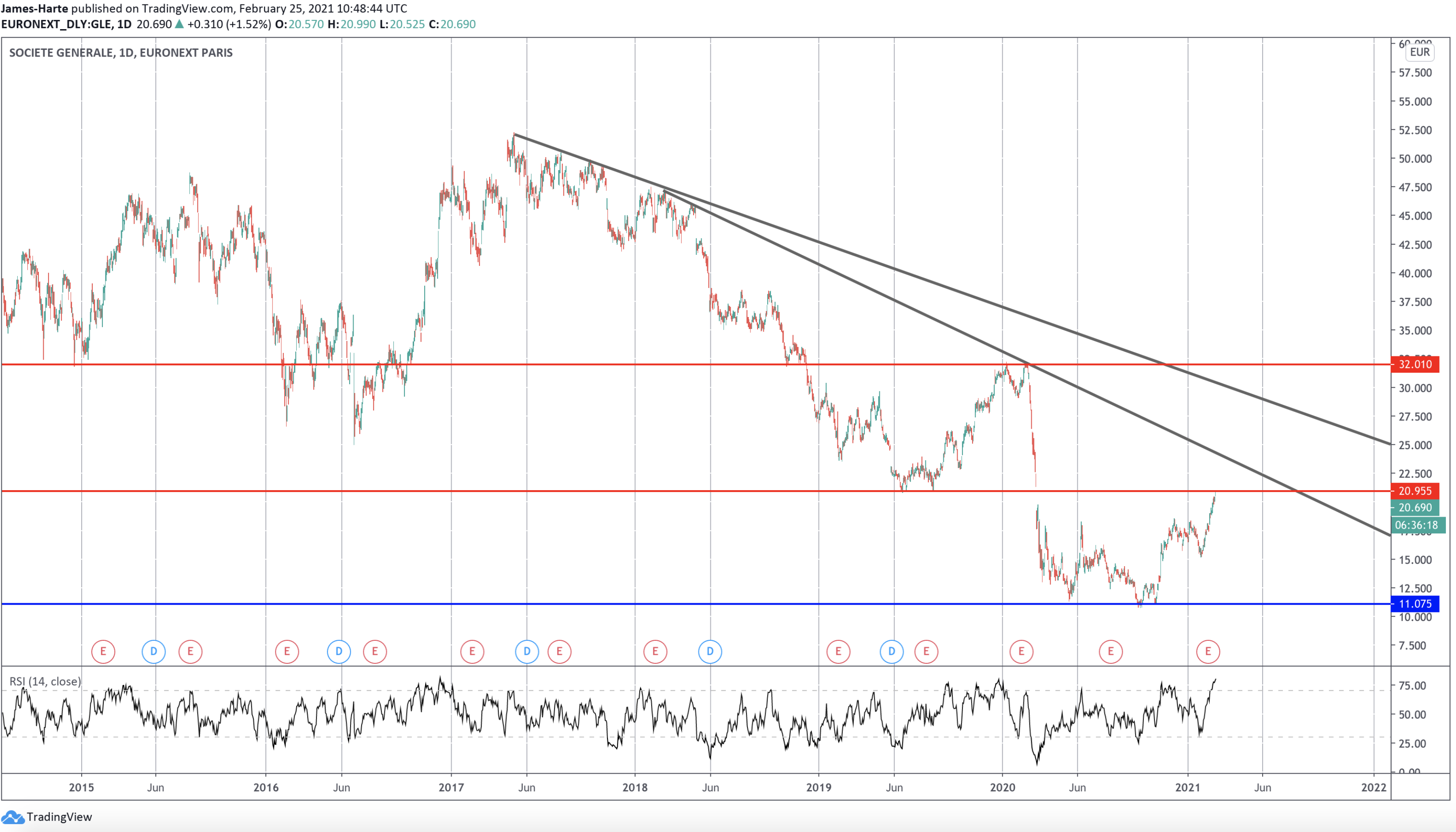 Shares in Societe General appear to have formed a floor at the 11.07 level and are now retesting the broken lows at 20.95. While this level holds, the downtrend remains intact and the medium-term view is for a continuation lower.