Technical analysis of NZD/USD for December 29, 2017 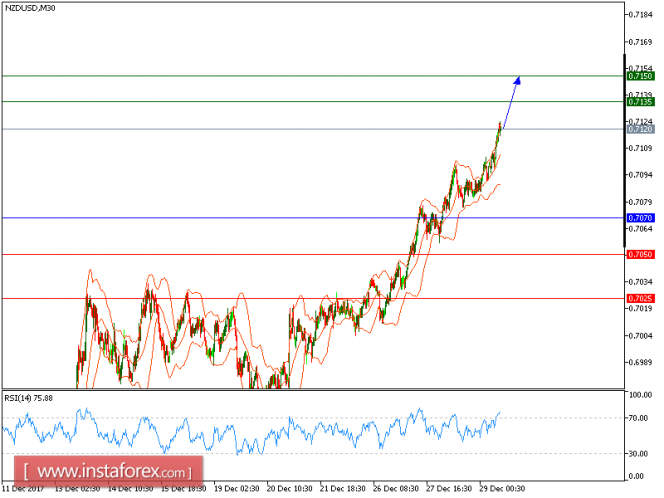 All our upside targets which we predicted in yesterday’s analysis have been hit. NZD/USD is still expected to trade with a bullish outlook.

The pair remains on the upside, and is also supported by its rising 50-period moving average. The relative strength index is bullish above its ascending trend line support. In addition, a strong support base at 0.7070 should limit any downward attempts.

The black line shows the pivot point. Currently, the price is above the pivot point, which is a signal for long positions. If it remains below the pivot point, it will indicate short positions. The red lines are showing the support levels and the green line is indicating the resistance levels. These levels can be used to enter and exit trades.

Technical analysis of USD/JPY for December 29, 2017