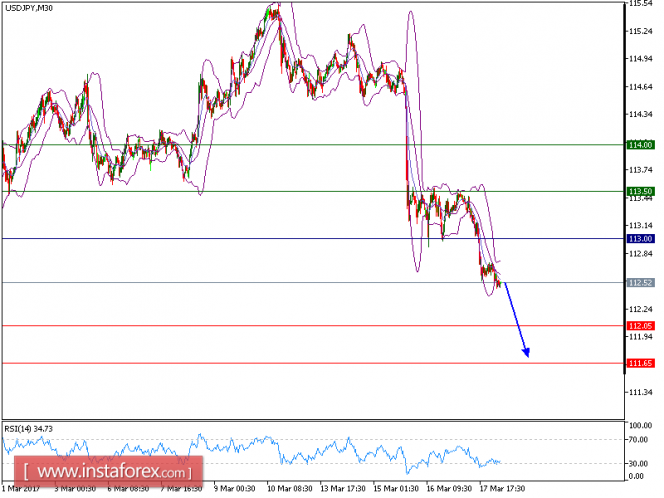 USD/JPY is expected to prevail its downside movement. The pair is trading below its declining 20-period and 50-period moving averages, which play resistance roles and maintain the downside bias, and is consolidating on the downside. The relative strength index is below its neutrality level at 50 and lacks upward momentum.