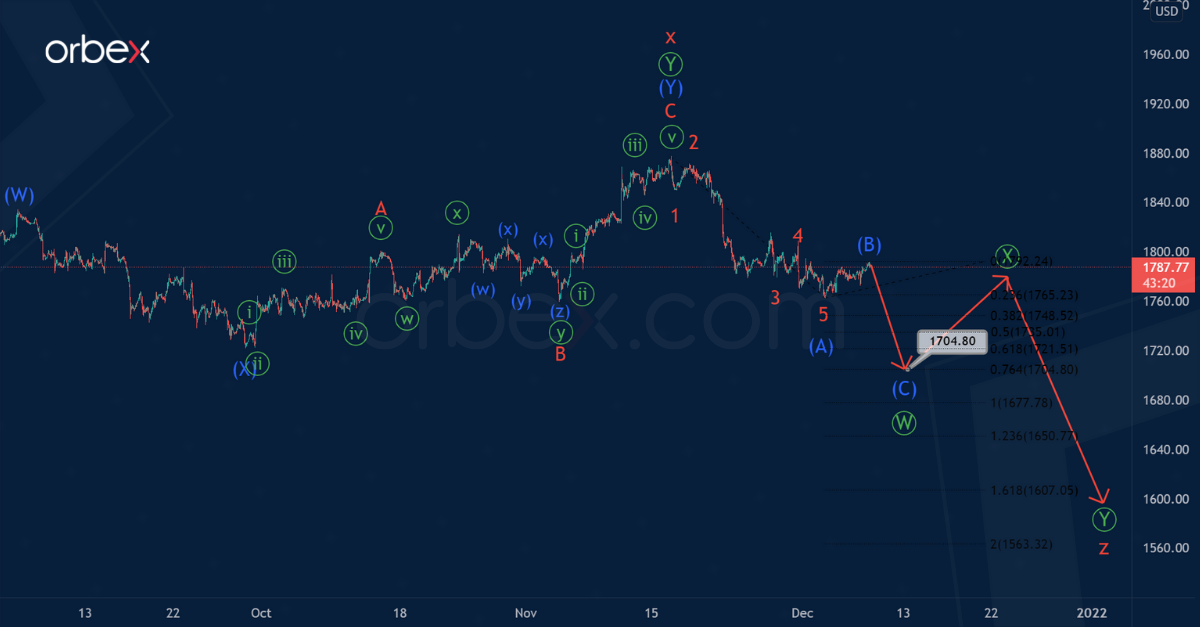 The current XAUUSD formation suggests that the market has completed the construction of a cycle intervening wave x. It took the form of a primary double zigzag.

After the completion of wave x, the development of the cycle wave z followed. Most likely, wave z will be a primary double zigzag Ⓦ-Ⓧ-Ⓨ, as indicated on the chart.

At the moment, sub-wave Ⓦ of the primary pattern is under construction. This could take the form of an intermediate (A)-(B)-(C) zigzag, where the impulse (A) and correction (B) have ended. 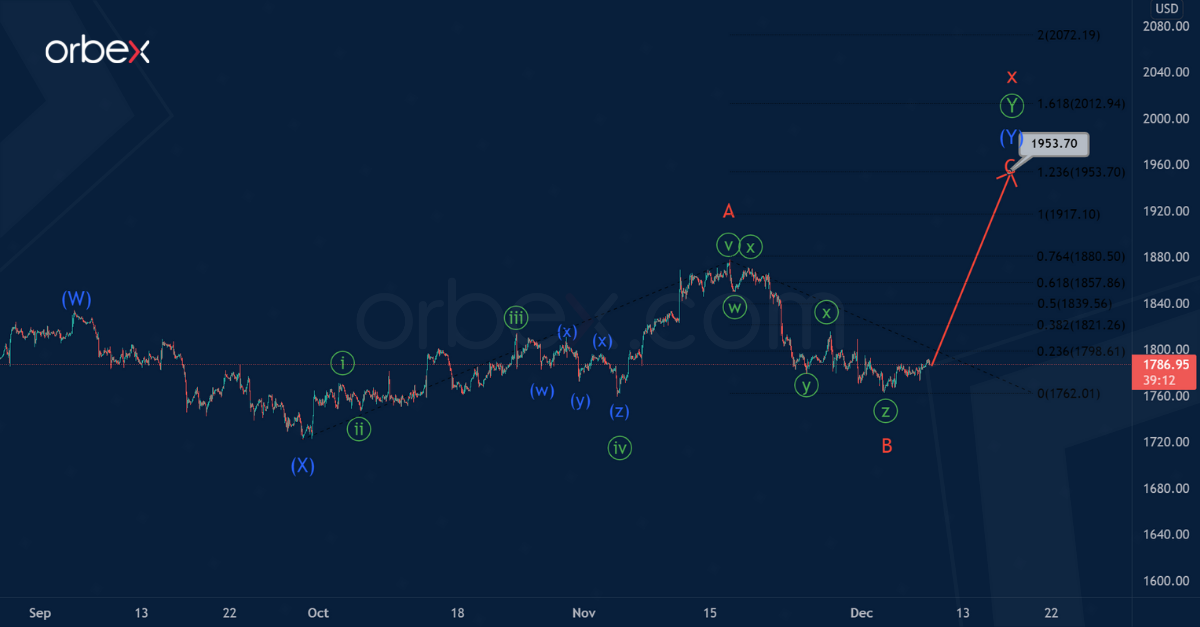 An alternative shows the formation of the intervening wave x of the cycle degree is still ongoing. Most likely, its last leg, which is the actionary wave Ⓨ of the primary degree, is still in the process of construction.

The impulse A and the horizontal correction B in the form of a minute triple zigzag have ended. In the short term, the upward movement is likely to continue in the minor sub-wave C. This could take the form of an impulse or an ending diagonal.