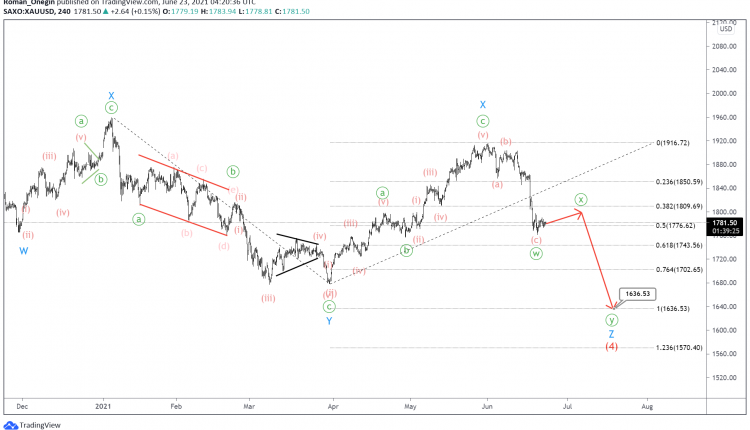 The XAUUSD formation suggests the development of an intermediate correction wave (4), which is part of a large bullish impulse.

The correction wave (4) has a complex formation of a triple zigzag which includes minor sub-waves W-X-Y-X-Z. Four of the five parts of this pattern look fully completed, and the last fifth sub-wave Z is still under development.

The initial part of the wave Z could take the form of a double ⓦ-ⓧ-ⓨ zigzag of the minute degree. The first actionary wave ⓦ has already formed an (a)-(b)-(c) zigzag. Therefore we can expect the development of the intervening wave ⓧ and the actionary wave ⓨ, as shown in the chart.

Wave Z can complete the intermediate correction (4) near 1636.53. At that level, wave Z will be equal to wave Y. 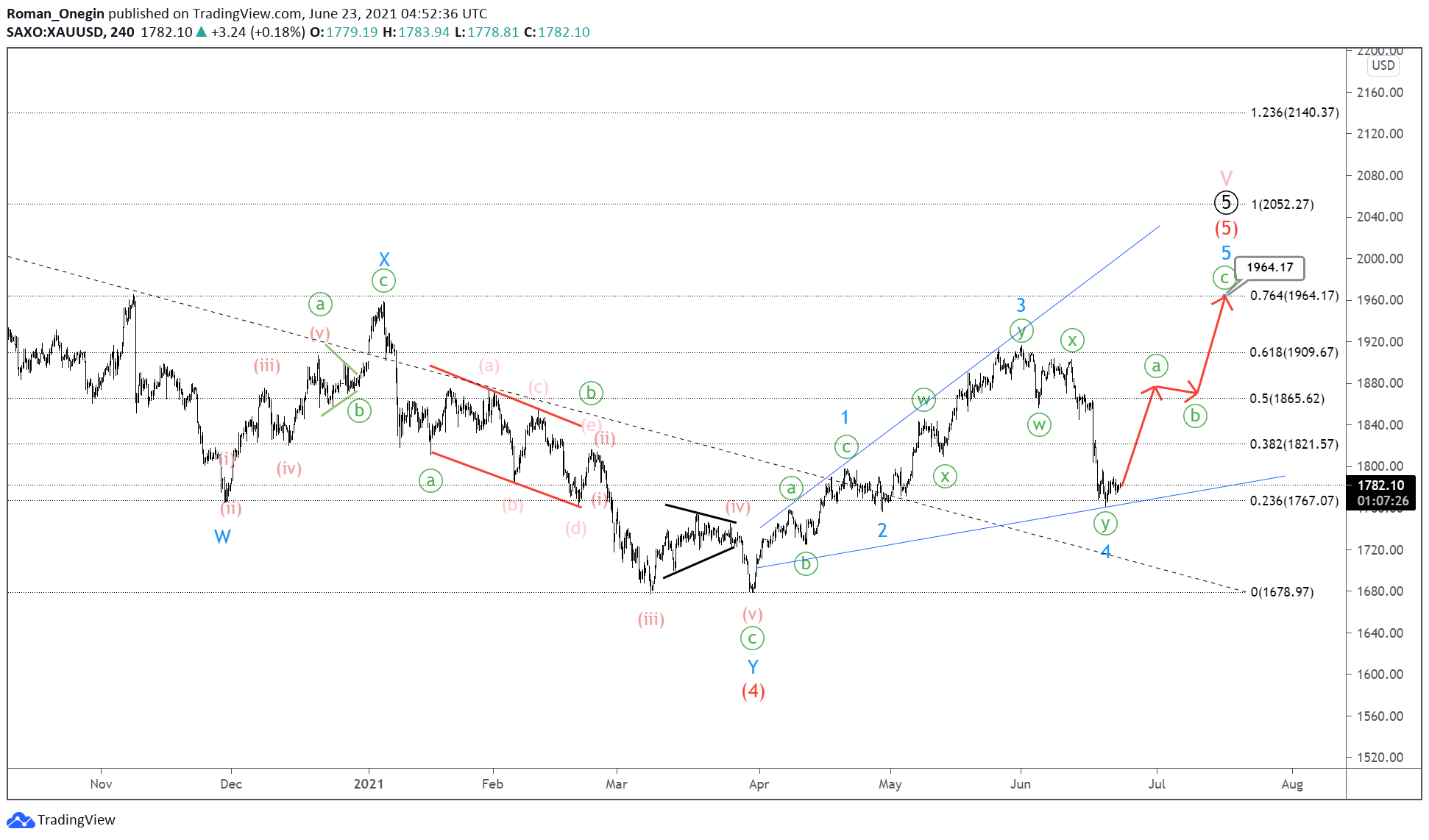 An alternative scenario suggests that the intermediate correction wave (4) was completed back in April, forming a minor double zigzag.

Thus, if our assumption is correct, a bullish wave (5) is currently under construction. This wave, judging by its internal structure, takes the form of an ending diagonal. We can see the completed correction sub-waves 1-2-3-4 of the minor degree.

The market could move in an upward direction shortly, forming a minute zigzag within the last minor wave 5. The price could rise to the 1964.17 area, at which, intermediate wave (5) will be at 76.4% of impulse wave (3).