The United Arab Emirates likes to think big. Dubai in particular craves the prestige that comes with large-scale constructions, and courts the wealth that it attracts. The financial crises of recent years have held it back, but as the developed world recovers, Dubai is daring to dream once more, and the following projects look like being back on track.

How far would a canal travel before topping its initial projected cost of $11 billion (which was some time ago)? It would be a mere 75 km if it were the Arabian Canal, for which 1.1 billion cubic meters of soil must be removed. That distance leads it from the Dubai Marina, around the Al Maktoum International Airport and the Dubai World Trade Centre, and back into the sea at the far end of Palm Jebel Ali.

It’s hoped that the canal’s proposed width of 150 metres and its 6-metre depth, together with a navigable waterway, will make it suitable for 40-metre-long yachts, while flowing water and locks for tidal control should combat stagnation. And if that doesn’t sound ambitious enough, an idea for an inner “city” has been mooted, covering 20,000 hectares of land.

The Lagoons is a real estate development along Dubai Creek. The plan is to link seven artificial islands that will include apartments, five-star hotels, resorts, marinas, shops and offices, together with a museum and the country’s first opera house.

As part of this, a multi-million development called Dubai Creek Harbour will boast the tallest twin towers in the world. Financial problems have slowed the project, but it’s estimated that the first phase should be ready by 2017.

Architecture in this part of the world usually points upwards to the sky, but the Hydropolis Hotel and Resort rests 66 feet down in the waters of the Persian Gulf, a few miles from Jumeirah Beach.

It comes as no surprise to find that expenses have slowed completion, but when it opens, the underwater hotel will contain 220 bedrooms. Guests will be transported from a landing post via a connecting tunnel and train, and Plexiglass walls will allow them to feel as if they’re living amongst the exotic marine life.

Dubai likes superlatives, and Dubailand is aiming to be the biggest entertainments complex in the world. It already welcomes millions of visitors each year with themed areas that include entertainment, culture, sport and shopping.

Future plans will see additional zones or worlds, such as a Sahara Kingdom that will host virtual and physical rides, a gaming zone, an IMAX cinema, and a variety of shows and malls, plus four hotels and some residential provision.

Unlike some of the other projects, this airport is actually open for business (and leisure), although the city-style economic complex is not finished yet. Its website claims that it will become the largest global gateway in the world, able to serve over 160 million passengers annually, and with a logistics hub to deal with 12 million tonnes of freight. In the first quarter of 2014 alone, 102,000 travellers used the terminals.

In this place of luxury and excess, it’s ironic that the very first flight to land was a lowly budget airliner from Budapest, Wizz Air, in October 2013. The airport is located in Dubai World Central, which the government terms an aerotropolis, and which will be home to zones for business, logistics and aviation, together with a residential district and a luxury golf resort.

Safe to invest in “New Home Builders” stocks yet? 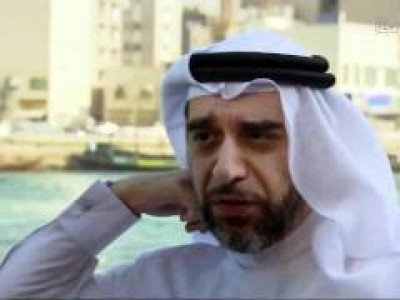 An Inside Tour into The Luxury Lifestyle of Dubai