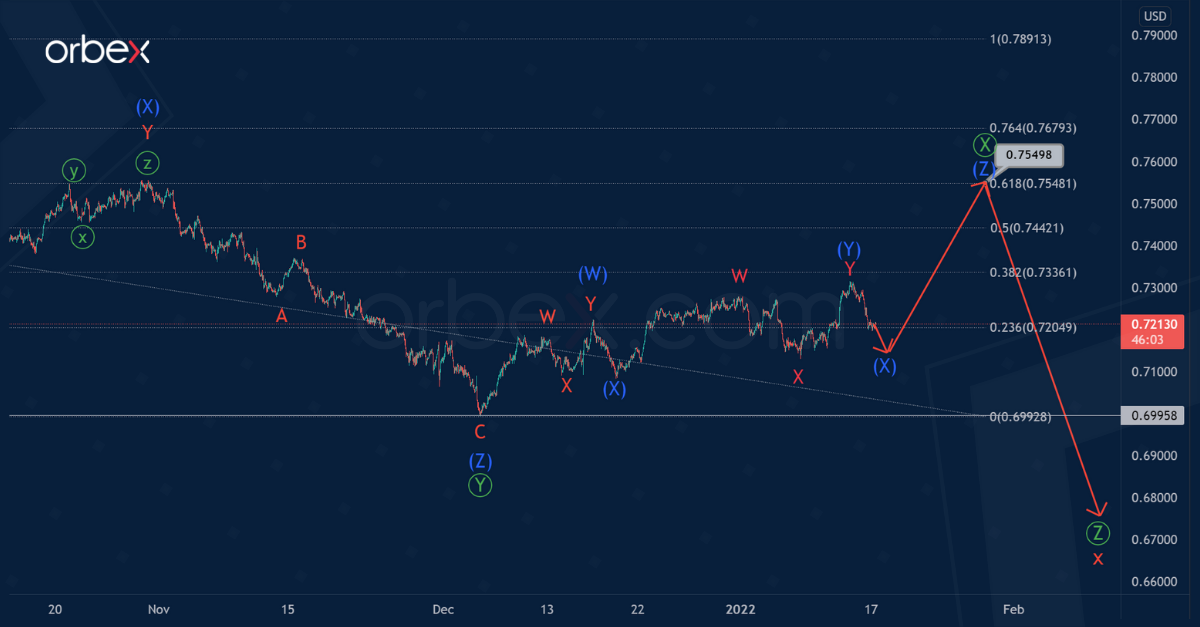 It is assumed that according to AUDUSD, the development of a bearish intervening wave x of the cycle degree occurs. It hints at a triple zigzag Ⓦ-Ⓧ-Ⓨ-Ⓧ-Ⓩ.

After reaching the specified level, the price could fall in the primary wave Ⓩ below the minimum of 0.699 marked by the wave Ⓨ. 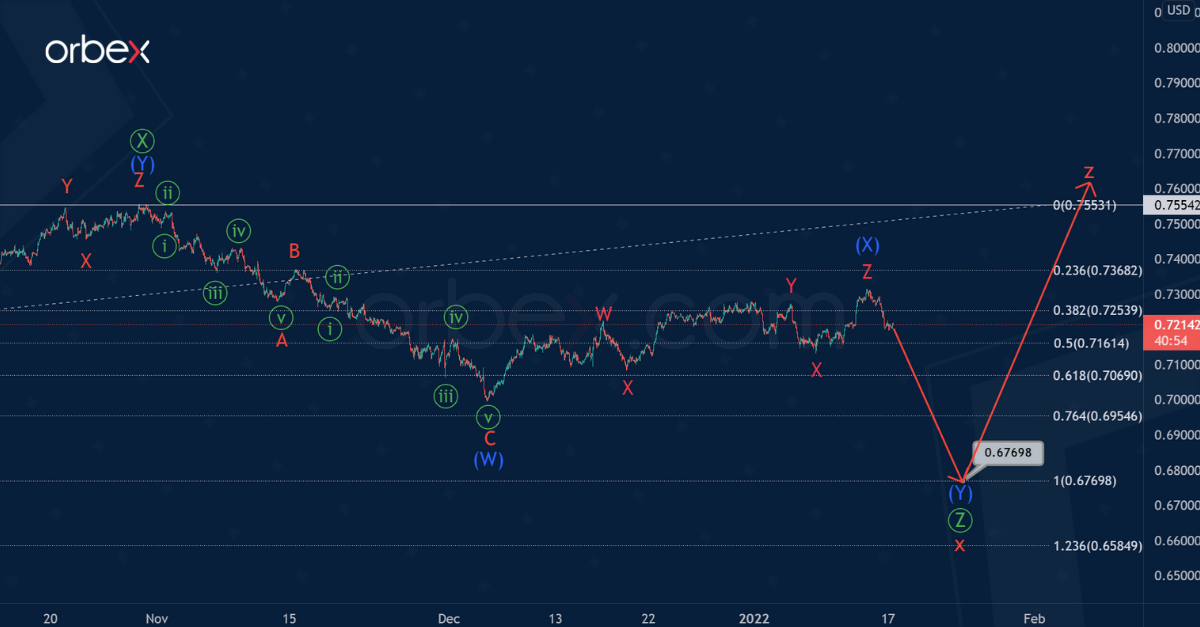 An alternative option shows the formation of the primary intervening wave Ⓧ has already completely come to an end. It took the form of an intermediate double zigzag.

Now the market is in the final part of the primary wave Ⓩ. Most likely, this wave is a double zigzag (W)-(X)-(Y).

At the level of 0.676, primary wave Ⓩ will be at 100% of wave Ⓨ. After reaching this level, the cycle intervening wave x will end.

Then prices could rise within the cycle wave z above the maximum of 0.755. This is should by the primary intervening wave Ⓧ.