STOCKS ARE AT THE END OF THE LINE – PREPARE YOURSELF NOW!

Why do I keep mentioning this figure when nobody else bothers evening looking at it?
Well,
There is no better measure to show us how bullish market participants are,
Than to know how much they are risking to participate in the bull run.

Despite new all time highs in the DOW.
The risk embedded in stocks right now is at an extreme that we simply have not witnessed before.
and the result of the unwinding of this debt,
will be unlike anything we have ever witnessed before either!

The consumer in the U.S, says he is feeling pretty damn great according to the UoM consumer sentiment survey!

That reading has now matched the 2007 highs for the last few months straight.
and we are now sitting at 10 year highs,
Can it go any higher, Yes of course it can,
The real question is this;
Is the consumer predicting future prosperity, or future pain?

The consumer is the ultimate contrarian indicator,
And consumer sentiment tracks the stock market at a high correlation. 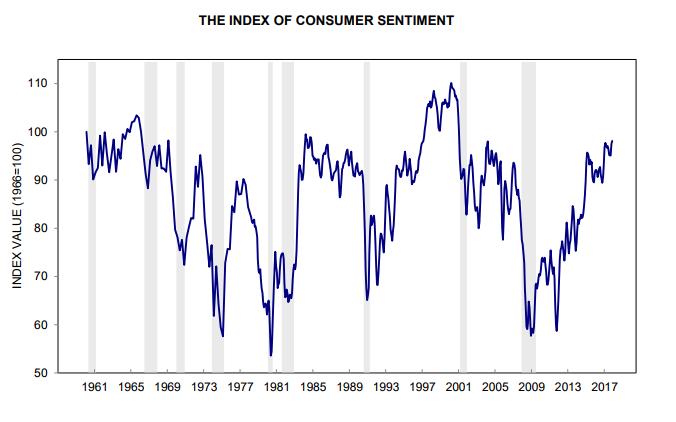 I think we will regret this over exuberance bitterly.

The recent rally to a new high, altered the structure of wave (iv) to an expanded flat correction.
The break of the recent wave count has opened the possibility that wave (v) will rally to the 24000 region.
This is where wave (v) will reach equality with wave (i) grey.

The new wave count does not change the long term outlook one bit.
This market is closing out its wave structure at at least 6 degrees of trend,
And once the larger structure is complete
The new bear market will begin, have no doubt.

The price is now settling into a series of fourth and fifth waves over the next week to ten days.
For the moment the upper target remains at 23950,
The price must remain above 23491 at the wave ‘i’ high as wave (v) grey closes out.

For Friday;
We should see another rally to a new high to complete wave ‘5’ of ‘iii’.

Rather than seeing just the price candle that is forming now and frantically fumbling around in the dark for opportunities to enter the market that just never seem to materialize. I invest my time into finding the best trade entry point with the smallest risk reward ratio using the price patterns Elliott wave theory describes. So when the opportunity does arrive I am ready to take it. And that is a skill that I want to impart to people. I have found the wave principle an invaluable tool in my trading, the wave principle helps me see order in the chaos. And on many occasions the wave principle has helped me make absolutely stunning forecasts for the future path of asset prices. Which I have documented in my daily analysis on Bullwaves.org. This is not because I have a crystal ball, but rather, the wave model showed me what was likely to happen, given the price patterns on display.
Previous Story 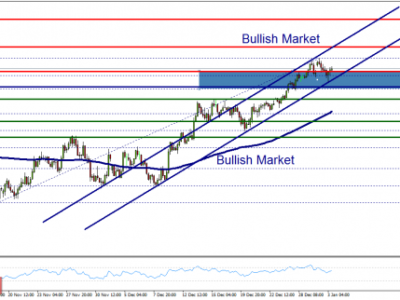 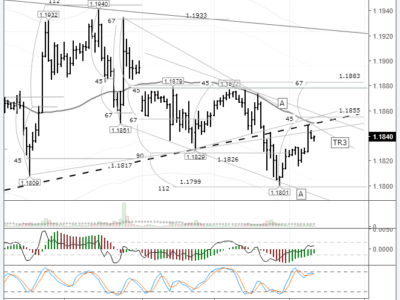 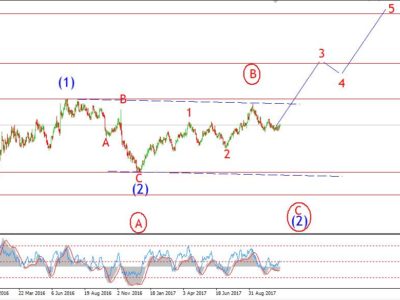 A MARKET READY TO PULL THE RUG OUT FROM UNDER YOU! 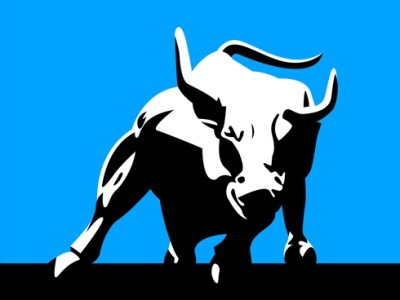 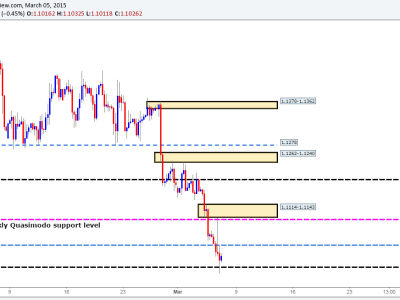