The Turkish lira weakened to a fresh record low against the dollar above 2.84 on Friday after talks on forming a coalition government broke down, raising the prospect of a snap election this autumn.

Prime Minister Ahmet Davutoglu, who’s also head of the governing AK Party, said on Thursday that negotiations with the main opposition CHP to form a government had failed. The currency tumbled to a record low, while bonds and stocks also fell.

“An early election is the only option ahead,” Davutoglu said after meeting CHP leader Kemal Kilicdaroglu in Ankara, calling on parliament’s factions to back a fresh ballot.

Investor sentiment toward the $800 billion economy soured after the AKP lost its parliamentary majority in June for the first time in more than a decade. A suicide bombing last month blamed on Islamic State, and the subsequent collapse of a peace process with the nation’s restive Kurdish minority, pushed Turkey’s risk premium to the highest level in more than a year. 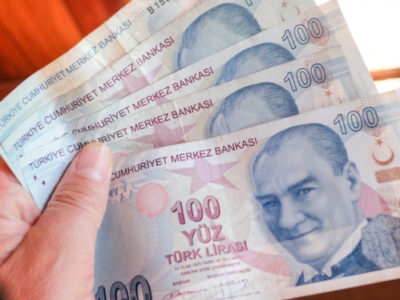 Hard times await Lira. Turkey will not be able to solve problems with currency