Bullet Report | The Storm after the Calm

After an uneventful day in the FX markets yesterday, traders are preparing for some more volatility helped also by the many news releases ahead. Eurozone will release CPI & unemployment rate. German unemployment will also be featured. Canada will release GDP later today. US will release personal income and spending, S&P Case Shiller house price, Chicago PMI and consumer confidence. The all-important NFP is due on Friday and it will be the most important NFP released ever, yet.

Stocks: Asian shares are generally trading higher today but are still on track for a monthly loss. China’s CSI 300 gained 2.1 % and the Shanghai Composite advanced 1.9 %, on track for monthly losses of 0.7 % and 2.1 % respectively. Yesterday European shares hit 1 month highs.

Currencies: The dollar index, which tracks the greenback against a basket of six rival currencies, held steady at 95.574, not far from a two-month high of 95.968 and up nearly 2.7 % for the month. The dollar has surged recently on expectations of higher U.S. interest rates after Fed Chair Janet Yellen said on Friday that the central bank should hike rates “in the coming months” if economic growth picks up and the labour market continues to improve. Against the JPY, the USD was little changed at 110.10, but it rose to as high as 111.45 in the previous session, to its highest point in a month. In similar fashion, GBPUSD rose to over 1.47 overnight, before settling at 1.4670.

Oil and GOLD: Gold recovered from its 9th consecutive decline to 1213 from 1199 lows yesterday. Crude oil continues its march higher, as it rose 0.40% to $49.60 a barrel. Supply outages due to wildfires in Canada and unrest in Nigeria have helped push oil prices above the $50-level late last week. However, as some of the supply disruptions are subsiding, traders are putting their focus back on the growth of global oil supply.

The post Bullet Report | The Storm after the Calm appeared first on Forex.Info.

Source:: Bullet Report | The Storm after the Calm

How to use charts in your trading 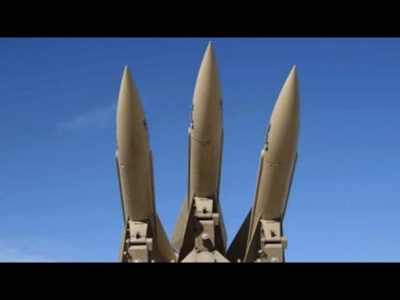