The U.S. dollar was seen maintaining the gains from the earlier part of the week. Investors digested news of the U.S. pulling out of the Iran nuclear deal with oil prices continuing to rise to fresh highs.

On the economic front, the RBNZ was seen holding interest rates steady at 1.75%. The central bank did not waver from its previous forward guidance and maintained that rates will remain supportive in the near term.

Looking ahead, the economic calendar for the day will be dominated by the Bank of England monetary policy meeting. The central bank is expected to hold the interest rates steady at this week’s meeting but there is potential to announce a next rate hike by August.

The manufacturing and industrial production figures from the UK will also be released today with forecasts pointing to a 0.2% decline in manufacturing production. The U.S. economic data will see the monthly inflation figures coming out. The median estimates show that consumer prices might have increased 0.3% on the month in April while core inflation rate is expected to rise 0.2%. 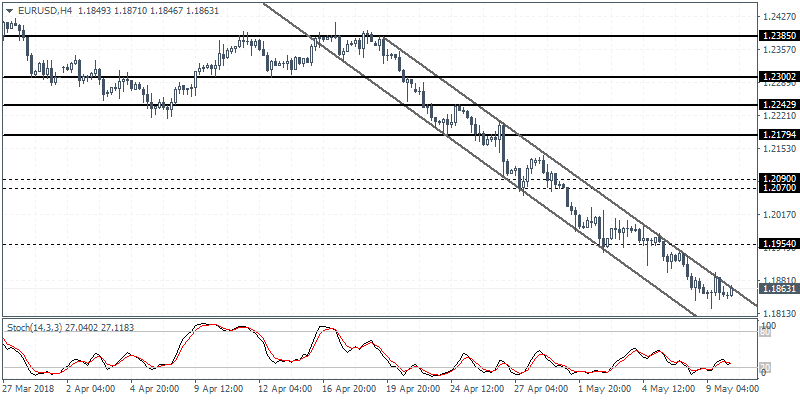 EURUSD (1.1863): The EURUSD currency pair closed with a spinning bottom pattern yesterday just after closing below the main support level of 1.1960 – 1.1920. The spinning bottom pattern signals a potential turning point in prices in case we see a bullish close on the day. However, with price below the support level, a convincing close above this level is required in order for price action to post a corrective move. To the upside, the EURUSD could be seen rising to the next main resistance level of 1.2200 level. To the downside, further declines could push the common currency down to 1.1730 where the next support resides. 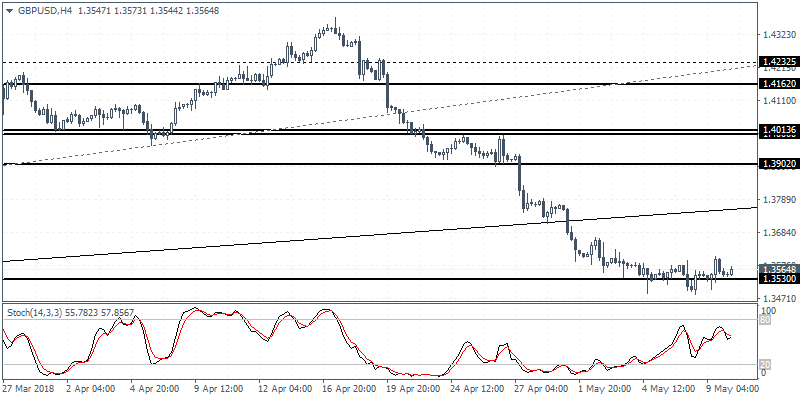 GBPUSD (1.3564): The British pound continues to consolidate near the support level but we expect to see a bottom in the prices being formed. To the upside, the major trend line is likely to act as dynamic resistance with the potential for price action to correct toward 1.3900 level eventually. The declines are likely to be limited in the near term. However, a decline below 1.3530 level of support could potentially keep GBPUSD biased to the downside. Further declines can be expected on a break down below 1.3500 level. 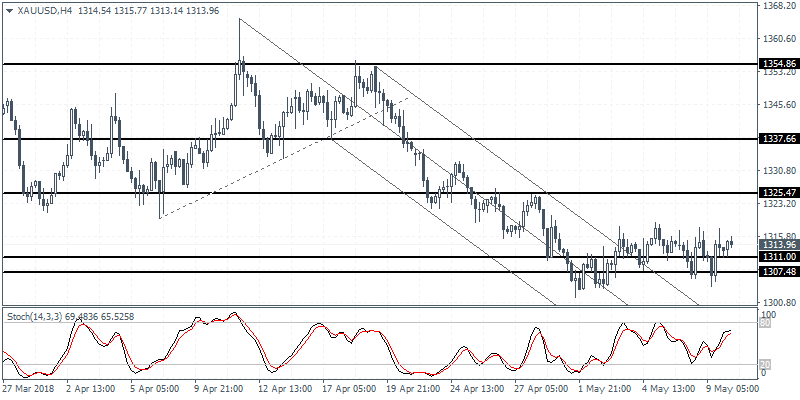 XAUUSD (1313.96): Gold prices have turned flat in the short term with price action repeatedly testing the support level between 1311 and 1307 region. However, with this support level holding out for the moment, we expect the upside momentum to push gold prices slightly higher. The next main resistance level at 1325 remains a key level that could be tested for resistance.

Check out the Orbex blog for technical and fundamental analysis released throughout the day.