Simplified wave analysis for GBP/USD and USD/JPY for Dec 26, 2019 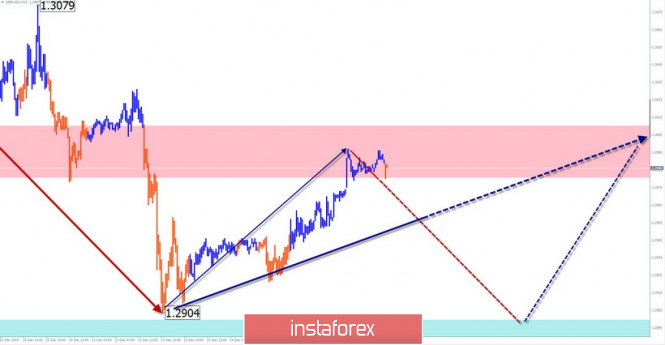 A downward wave has been forming on the chart of the British pound since December 13. It can take the place of a correction in the main structure or give rise to a wave of a new short-term trend. The price reached the support zone, from which the formation of an upward pullback began.

In the coming day, the most likely scenario for the price movement will be a planned depreciation in the side corridor between the nearest zones. A breakthrough in the upper border of the resistance zone is expected in the next days but it is possible today.

Today, only intra-session trading is possible on the pound market. Purchases have more potential. You need to track the signals for them only after the price rollback is formed.

The current upward wave of the instrument since the beginning of August has the potential for further growth. The price of the yen has reached the zone of a potential reversal, which began to form a hidden correction. Its structure is not complete.

Today, there is a high probability that the current flat sentiment from last week will continue. In the first half of the day, a downward vector is likely. By the end of the day, the exchange rate is expected to change and the price will start to rise.

The main attention today in the yen market should be paid to the search for buy signals. Sales are possible with a small lot, taking into account the probability of sharp counter-rollbacks. 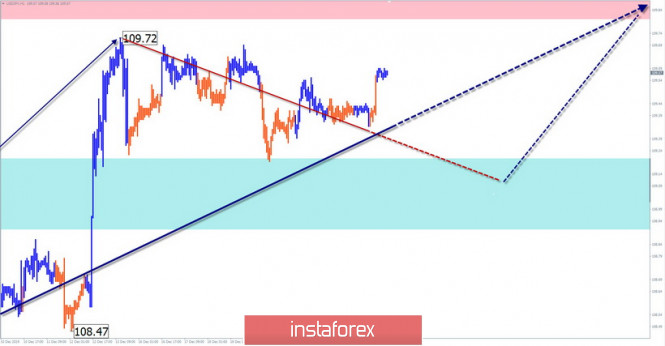 Explanations: In the simplified wave analysis (UVA), waves consist of 3 parts (A-B-C). The last incomplete wave is analyzed. The solid background of the arrows shows the formed structure, the dotted background shows the expected movements.

Attention: The wave algorithm does not take into account the duration of the tool movements in time!

Source:: Simplified wave analysis for GBP/USD and USD/JPY for December 26