There is no opening trade call today as we look ahead to the Non-Farm Employment change from the USA. Read through my CAD Update in order to stay up-to-date with the latest changes in the market.

The BOC are currently in a wait-and-see mode after unexpectedly cutting rates to 0.75% at the start of this year. Due to Canada’s huge reliance on oil exports, the country has seen a marked decrease in growth alongside the depreciation of oil. The price of a barrel of West Texas Intermediate crude dropped from $108 in June 2014 to a low of $42 in mid-March 2015. The price has since recovered to near $60. During that period annualised Q/Q GDP fell from 3.8% in Q2 2014 to -0.6% in Q1 2015. The drop in oil export revenue was a large factor in the BOC cutting rates in January, however rates have been left on hold at each meeting since, and there has been no indication of further cuts by the Bank.

Accompanying their most recent rate decision, on May 27, the statement struck a neutral tone stating that “Inflation in Canada continues to track the path outlined in the Bank’s April Monetary Policy Report”. They recognised that inflation was near the bottom end of the 1-3% range, but this is largely attributed to low energy prices. They noted that core inflation was above 2%. The statement also said: “Seeing through the various temporary factors, the Bank estimates that the underlying trend of inflation is 1.6 to 1.8 per cent, consistent with persistent slack in the economy.” This is close to the 2% mid-point of the target range, which means the Bank is not under great pressure to cut rates again in the immediate future. The Bank saw the economic outlook largely in line with the April Monetary Policy Report, released April 15.

In the April MPR and rate statement the BOC projected both total and core inflation to be close to 2% on a sustained basis by the end of 2016, with the economy expected to reach full capacity around that time. They also said risks to inflation are roughly balanced and that that the current level of interest rates remains appropriate for the time being. Nothing has materially changed since these releases.

The most recent jobs report, released June 5, showed the biggest increase in employment in 7 months, buoyed by manufacturing. Alongside it, the unemployment rate remained steady at 6.8%. This provided a rosy picture for the economy however the jobs numbers have been inconsistent and the prior month showed a drop of 19,700 jobs. We will be looking out for the June jobs numbers to see if there is another positive release, which may indicate the beginning of an upward trend.

In May, first quarter Gross Domestic Product for Canada came in at -0.6% in annualised terms, exhibiting the biggest contraction since the 2009 recession and the first contraction in four years. The drop in growth was attributed to lower energy prices which caused a decrease in business investment. We also saw weak Q1 GDP in several other major nations including the USA, which was dismissed as transitory; a similar case was made for the weak first quarter in Canada until the following month reading was released showing another monthly decline.

On June 30, GDP for the month of April missed estimates of 0.1%, coming in equal to the lowest prediction across 24 economists at -0.1%. The Canadian dollar saw sustained downside after the release with USDCAD and GBPCAD rallying 150 and 225 pips respectively during the remainder of the session and into the next day. This release indicates that the slowdown in Q1 was not as temporary as the BOC had hoped. The number marks four consecutive months of contraction and has renewed speculation of another rate cut – as soon as the next meeting on July 15. Two more negative readings will mean technical recession in Canada. Economists are commenting that the downturn from low energy prices may last longer than originally anticipated. Whereas economies like the US, which are less reliant on oil exports as a percentage of GDP, can pass the effects of low oil off as transitory, it appears that this may not be so easy for Canada.

Several major banks, including Bank of America Merrill Lynch, have forecast further easing this year, and the latest GDP figure strengthens their rationale. BofAML said this on June 30. “We continue to expect the BoC to ease this year, most likely in October. Although the July meeting would be a reasonable time to ease, Governor Poloz may hesitate to suddenly shift from optimistic to dovish, particularly in light of criticism for his surprise January cut.”

BofAML bring attention to an important point; regardless of whether the BOC cut or not, the statement is going to have to scale back its upbeat tone somewhat, and this will be perceived as a introduction to a cut, if future data warrants it. So our analysis tells us that the Canadian dollar is more of a bearish currency now than it was a week ago; the BOC will either cut rates on July 15 or shift to a more dovish stance – either way it spells sell for the CAD.

The BOC is one central bank that keeps their cards close to their chest, and as such we must rely more on the data than language in assessing rate possibilities. The only piece of tier one data we have before the rate decision is employment on July 10 where a miss will add even more weight to the prospect of a cut. Currently the OIS market is pricing a 34% probability of a cut at the next meeting.

Our view of this currency has now become more bearish and the official bias has changed from weak bearish to bearish. We expect the CAD to weaken against the USD and GBP for the next fortnight and pullbacks that exceed the average daily range should be considered for buying opportunities in these pairs. 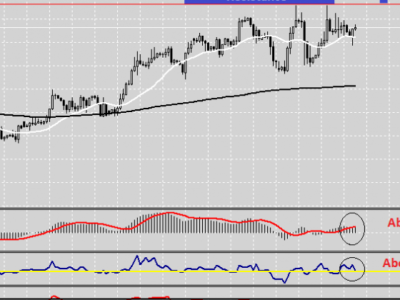 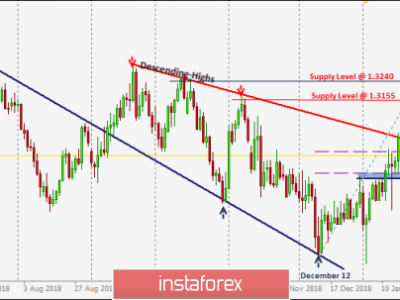