The currency pair dropped in the morning and reached new lows. Is trading in the red again and resumes the Friday’s bearish candle. Price looks determined to reach new lows after another false breakout above some very important resistance levels. Technically looks like that the upside movement is completed and it could turn to the downside on the short term.

The Yen increased even if the Japanese Retail Sales have come in worse than expected, the indicator increased by 2.2%, less versus the 2.3%. The Japanese currency received a helping hand also from the Nikkei stock index has decreased a little and could retreat a little after the impressive rally. JP225 is still expected to increase because it could be attracted by a dynamic resistance. 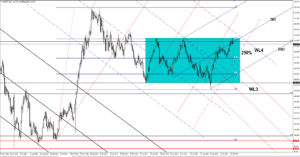 The rate failed to stay above the 23.6% retracement level and above the median line (ml) of the ascending pitchfork. Remains to see if will retest the median line or the 23.6% retracement level before will drop much deeper. Technically, it should approach the 250% Fibonacci line (ascending dotted line) in the upcoming period, I’ve said in the last weeks that will take this out if will react it, so it could drop much more, but only if the USDX and the Nikkei will drop as well.

The GBP/USD increased today and tries to climb much higher after the last two day’s drop. Price moves sideways on the short term and seems poised to jump much higher in the upcoming period.  Technically, it should climb much higher after the several false breakdown below the SL and after the failure to close on the median line (ml) of the minor descending pitchfork. It could be attracted by the upper median line (uml) of the minor descending pitchfork if the USDX will slip lower in the upcoming days. 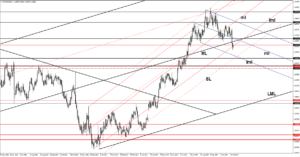