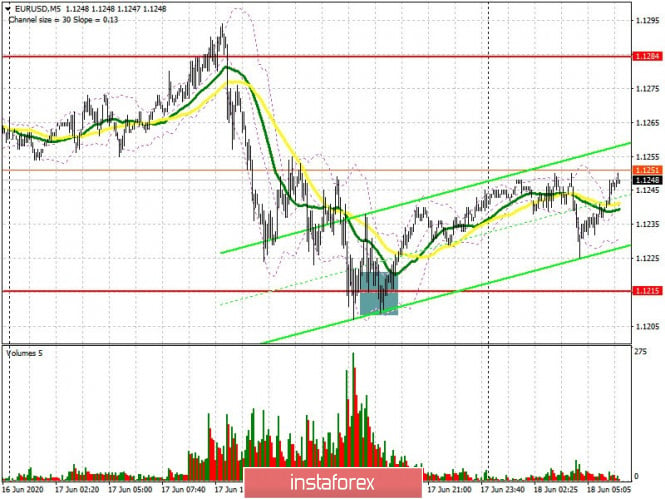 Yesterday’s data on the US real estate market limited the potential for the euro’s decline, and the bears did not manage to break below the level of 1.1215, from where it was possible and necessary to open long positions. If you look at the 5-minute chart, you will see how, after selling from the level of 1.1284 in the morning, a new signal formed to buy the euro in the support area of 1.1215. The unsuccessful attempt of the bears to break through this range forced them to retreat, which preserved market equilibrium, and the pair in the side channel. From a technical point of view, nothing has changed much. Buyers of the euro must consolidate above the resistance of 1.1284 based on a return to the upper boundary of the current rising channel of 1.1349, where I recommend taking profits. If the pressure on the euro continues in the morning, then there is no need to rush into purchases. The optimal scenario is to wait for the second test of the lower boundary of the side channel of 1.1215 and form a false breakout there, similar to yesterday, which will signal the opening of long positions. I recommend buying EUR/USD immediately for a rebound from a low of 1.1164. It is worth recalling that the market is on the side of buyers of the euro. In the Commitment of Traders (COT) report for June 9, the growth of long positions was recorded, as well as the reduction of short ones, which indicates a bullish momentum for the pair. The report shows a decrease in short non-profit positions from the level of 93,172 to 98,020, while long non-profit positions sharply rose from the level of 174,412 to the level of 184,669. As a result, the positive non-profit net position rose again to 95,639, against 81,240, which indicates an increase in interest in purchases of risky assets.

A weak report on the number of housing starts and building permits limited the pair’s downside potential yesterday afternoon. Several unsuccessful attempts by the bears to break below support 1.1215 forced them to retreat. Important reports are not expected in the morning, which is quite suitable for forming a repeated attempt to break through support 1.1215. However, we can only talk about resuming the downward trend in the euro after consolidating below the level of 1.1215, which will quickly push the pair to a new low of 1.1164 and 1.1106, where I recommend taking profits. In case the euro grows in the morning, most likely sellers will again show themselves in the resistance area of 1.1284, however, it is best to open short positions from there only after forming a false breakout. You can sell EUR/USD immediately for a rebound from a larger high of 1.1349, based on a correction of 30-40 points within the day. 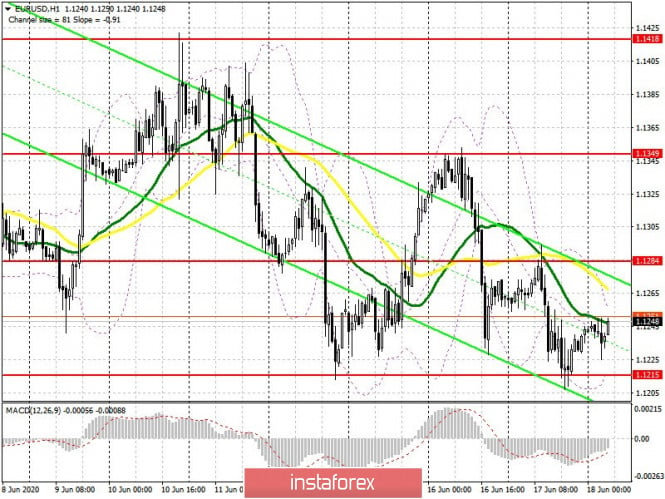 Trade is conducted below 30 and 50 moving averages, which indicates a further decline in the euro.

Source:: EUR/USD: plan for the European session on June 18 (analysis of yesterday’s deals). Euro sellers it’s time to think about