Nothing has changed from a technical point of view. The bulls managed to protect the 1.2315 support yesterday, which keeps the market on their side. Now trading is conducted in the middle of the channel, and I do not recommend taking any actions from there. While the pair is above the 1.2315 area, we can expect continued growth of GBP/USD in the resistance area of 1.2487, the breakout of which will provide a direct path to the highs of 1.2605 and 1.2686, where I recommend taking profits. In the scenario of a correction of the pound to the level of 1.2315, you do not need to rush to open long positions. It is best to wait for the support test of 1.2150, or buy immediately for a rebound from the low of 1.1985. Given that the release of important fundamental statistics on the UK economy is not planned for today, most likely in the first half of the day, trading will take place in a side channel.

Sellers of the pound have already approached the support of 1.2315 four times, but they have not managed to break below this range. Bears need to try to return the market under their control, and to do this, it is necessary to consolidate below the 1.2315 level, which will lead to a larger sell-off of GBP/USD to the area of the lows of 1.2150 and 1.1985, where I recommend taking profits. The 1.1985 support test will also indicate the resumption of the bear market. In case bulls attempt to regain the upward trend, the formation of a false breakout in the resistance area of 1.2487 will be the first signal to open short positions. Otherwise, it is best to sell the pound on a rebound from the highs of 1.2605 and 1.2686.

Volatility has decreased, which does not provide signals for entering the market based on the indicator.

Source:: GBP/USD: plan for the European session on April 2. Pound continues to stagnate in one place. Bulls waiting for a breakout 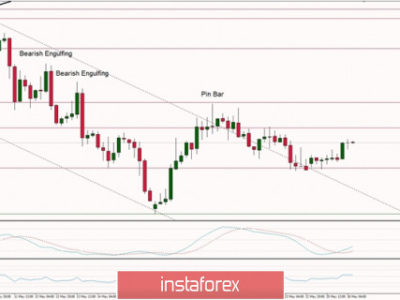 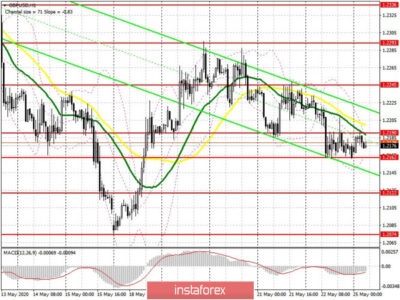