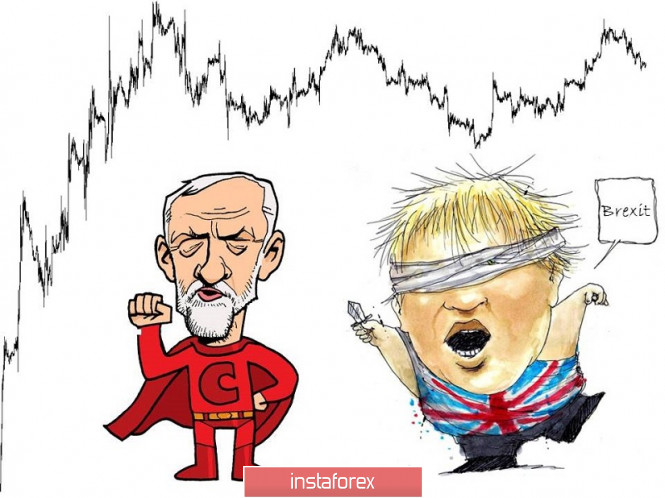 History repeats itself, the psychological level plays the role of resistance. Now, what should we expect next? walking in the given framework or returning back – you will find the answers to these and many other questions can be found in the article.

From the point of view of technical analysis, we have confirmation of one of the most famous theories – “History repeats itself.” Indeed, the movement towards the psychological level within the framework of our flat formation 1.2770 / 1.3000 was regarded as an obstacle again, and the quotation quite smoothly went down the move. Thus, working out the control level is an expected phenomenon, and we wrote about this in the previous review. The most remarkable point was that the theory of maintaining extremely sluggish volatility also coincided. It seems that working out as strong as 1.3000 could give strength to sellers, but no, at the peak of the last day’s volatility reached 59 points, and it turns out that we have an average daily value below the average for GBPUSD as early as 18 trading days.

The reason for such a cautious, indecisive movement is directly related to the information background, in particular to Brexit and the parliamentary elections, but we will talk about this a little later. Now, we are talking about the emotional state of market participants who are going through hard times. So, the main trading volumes were put aside for a long time, at least until December 12, and special attention is concentrated not inside the 1.2770 / 1.3000 flat, but outside it, where a surge of volatility is expected.

Analyzing the past hourly hour, we see that the fluctuation within the control level did not last so long and already with the arrival of Europeans on the market, a short start took place, which led to the move towards 1.2909. There were no any super-impulses and the movement was measured, with low activity.

As discussed in the previous review, speculators carefully monitored the existing accumulation of 1.2940 / 1.2970, where many waited for the history to repeat in the log of the rebound from the control level, which happened afterwards. As a result, the area of 1.2930 / 1.2940 served to start short positions, which eventually moved into the profitable zone.

Considering the trading chart in general terms [the daily period], we see that the flatness of the flat [1.2770 / 1.3000] has not changed. We continue to concentrate inside its framework. At the same time, the formation of the “Triple Peak” graphic model, which is located in the finish third peak, is being actively discussed.

There was practically no market reaction to the statistical data, since the main driver for the GBP/USD pair is the information background, which goes over the topic of parliamentary elections and the protracted Brexit process on a daily basis.

On ITV, Prime Minister Boris Johnson and Labor leader Jeremy Corbyn fought in a televised debate where the two leaders disagreed on Brexit.

Therefore, Boris Johnson, according to tradition, said that the country would leave the EU before October 31, adding that he admired all 27 leaders of the EU countries who helped him conclude a fantastic deal.

“We will leave the European Union on January 31 because we have a good deal. The whole country will come out completely as a whole and will conclude trade deals around the world, including Northern Ireland, “said the Prime Minister.

Johnson also accused his opponent of still not outlining his plans whether he would speak for Brexit or against him.

On the other hand, the Labor leader did not keep himself waiting and replied that he had repeatedly expressed his plans and intended to realize them in case of victory.

“In three months we will agree on a new deal with the EU and within six months will bring the deal to the people,” said Jeremy Corbyn.

The televised debate ended in a victory for Boris Johnson, for whom 51% of the viewers voted. So why did the pound come under pressure? The reason is that 49% voted for Corbyn, and this means that the margin is so insignificant and Johnson still has a risk of losing, that as a fact will result in minimizing the speedy plan for the United Kingdom to leave the European Union.

Today, in terms of the economic calendar, we have the publication of the text of the minutes of the meeting of the Federal Committee for Operations on the Open Market, which may cause the interest of market participants. In fact, the interest lies in the fact that such a rapid decrease in the refinancing rate unnecessarily scared investors, and now, everyone needs specifics of the regulator’s further actions.

Analyzing the current trading chart, we see a restrained downward move, where the quote fluctuates within the range of 1.2900 / 1.2915, showing little activity. In fact, the quotation is close to the hem to the mirror level of 1.2885, which reflects the middle of the flat formation of 1.2770 / 1.3000. Thus, market participants are faced with a dilemma, but whether there will be a rebound with a cycle of 1.2885 / 1.3000 / 1.2885, is still uncertain. At the same time, pressure on the pound remains, which is already of particular interest below 1.2885, which also may lead to the preservation of the existing flat beat. In terms of volatility, the risk of sluggish fluctuations remains, even in the case of the level of 1.2885 flight, due to the fact that the emotional component of market participants continues to be skeptical, removing the main trading volumes.

By detailing the per minute movement, we have a kind of accumulation within the middle of the flat, which will not last very long, and, possibly, with the Europeans entering the market, everything will change.

In turn, many speculators managed to enter short positions at the time of entering the area of 1.2930 / 1.2940, where partial and full exits will occur within the mirror level of 1.2885. Further steps, including reopening and topping up, will already be carried out relative to the value of 1.2885.

Having a general picture of actions, it is possible to assume that the downward interest will most likely remain in the market, where it is worthwhile to carefully monitor the fixation points relative to the mirror level of 1.2885, since in case of fixation below it, a downward move may continue. Alternative positions will be considered just in terms of the judgment described above, 1.2885 / 1.3000 / 1.2885 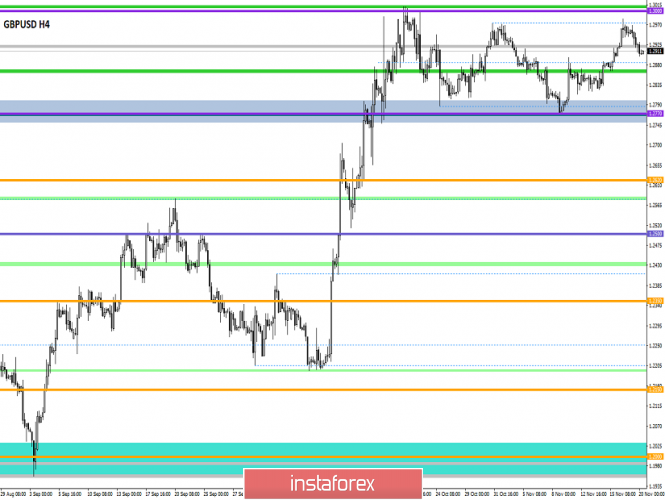 – Positions to buy are considered in case of working out the mirror level and as a fact by moving the price back towards the psychological level of 1.3000. Regarding current points, it is better to consider above the level of 1.3000.

– Positions to sell are maintained in the direction of 1.2885 and we make further topping up or re-opening after a clear fixation of the price below the mirror level while maintaining the characteristic bearish mood.

Analyzing a different sector of timeframes (TF), we see that the indicators are still under pressure from a previously formed move. Short-term interest runs on the current cluster; Intraday interest moved into the phase of a retreat attempt, an alternating signal; Medium-term interest is still in the upward interest phase, but a turning point is possible. 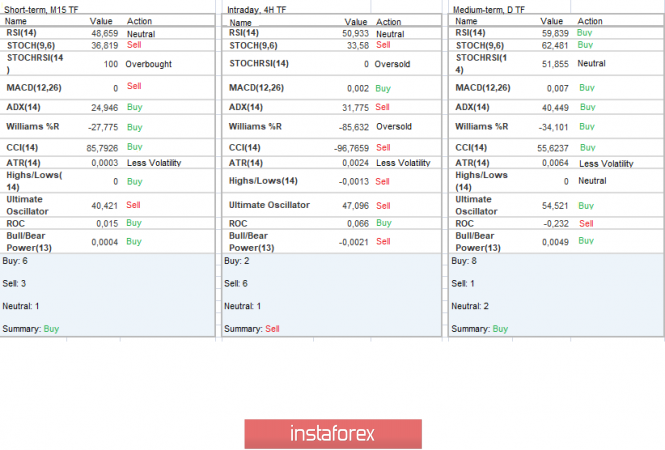 The volatility of the current time is 31 points, which is a low value for a given period of time. It is likely to assume that volatility will continue to be in the framework of the daily average, where slight acceleration can occur after the breakdown of the mirror level of 1.2885.