This article is definitely about cryptocurrency. I am sure you are already used to the content on my website to be mainly on FOREX, but this time it is not. I have decided to cover another current topic that is getting a lot of heat.

Bitcoin has been surrounded by controversies ever since its launch in 2009. Not only, it has been a victim of critique, regulation dispute and hackers’ attacks, but now it was also hit by a China ban. While the cryptocurrency embargo does not affect Bitcoin on its own, it has indeed brought another turmoil over digital currency.

It seems as cryptocurrency has had almost every possible obstacle thrown at it, with the most recent rise of ICO not helping. A few weeks ago, China announced a forced shutdown of some of the major cryptocurrency exchange and threw a curtain of questions on why did China ban cryptocurrency and what are the consequences of it.

There are plenty of stories circulating over the internet, together with serious concerns over the validity of news coming from China. Especially now, when the value of Bitcoin and cryptocurrency market worth being at the all-time highs.

China’s biggest, government-owned, bank has announced a ‘comprehensive ban’ on any exchanges that allow buying and selling of cryptocurrencies in China. Not only, it halted trading of virtual currencies, but it also announced plans to shut down all Bitcoin exchanges that operate within the country.

Some of the most popular exchanges, like BTC China or ViaBTC, were instructed to suspend their services and unwind their operations by the end of September 2017. But why?

Why Did China Ban ICO (The Official Version)

It is not a secret that Chinese government is prone to an excessive control over its citizens and their rights. Often having an element of control over every aspect of a daily civilian life – from a number of children that are allowed, to what is accessible on the internet. With so many strict laws, it should not come to a surprise that a decentralised and anonymous Bitcoin will be tackled as well.

Bitcoin as a virtual currency is entirely self-governed, meaning it is not controlled by any government, businessman or a central authority. This also makes China not being able to monitor it, and that would not satisfy the Chinese authorities.

According to leaked documents from unknown sources, the Chinese government was concerned over the increasing power and popularity of digital currencies – something that could potentially weaken the official control of China’s money supply.

China is an attractive destination for private investors who, up until recently, bought heavily into cryptocurrency instead of Yuan. Which unsurprisingly caused concern within the higher echelons of Chinese power.

The public, however, has rather mixed opinions on the real motives behind the ban. Because with so much traction and strength of Bitcoin, remaining without any legislation, one has to wonder if the reasons behind China ban are real or merely excessive?

As soon as the cryptocurrency prohibition was announced, online forums and publications had started to fill with speculations about the real reason behind China’s decision. Bear in mind that none of them was confirmed as truthful and so far no official statement from the Chinese government has been released.

The first, and most common, speculation is that China is currently working on their own cryptocurrency. The rumours about China developing a national digital currency have been circulating for a while now.

A lot of Chinese people do not have access to the traditional banking system as a result of the country’s infrastructure. Launching its own digital coin would allow Chinese citizens to move to the cryptocurrency transactions, but instead of using Bitcoin, or any other cryptocurrency, they could use one developed in China.

The probability of that happening is quite high as it would help China with the real-time economics analysis and would allow for more precise strategy planning. The concern over that is that cryptocurrency should be decentralised, but the likelihood of China developing a currency that is entirely free from the third party involvement is low.

Another popular misconception is that the ban means the end of Bitcoin and other virtual currencies in China. It is not strictly true – although online transactions have been banned, over the counter sales have not been mentioned. So if somebody is already in possession of Bitcoin, it is still legal to sell it directly to a buyer or use it a payment method, whether it is online or in physical retailers.

One of the latest comments falsely supports the claim that Bitcoin is a fraud. China being one of the biggest worldwide economies, has a significant impact on what the rest of the world thinks about the current state of affairs.

Banning cryptocurrency has been used as a supportive claim to those who do not believe in virtual currencies and are trying to strengthen that notion based on China example. The decision made by the Chinese authorities does not bear any validity over cryptocurrency being supposedly fake.

The Consequences of China Banning Cryptocurrency

The first effect was naturally for Bitcoin to drop in value. Just days before the China’s announcement, Bitcoin reached its all-time high, skyrocketing to over $4,000.

In the prohibition doom, many investors nervously sold their assets, the same shaking the market…

Following that, it took Bitcoin only a few days to recover, reaching the stratospheric high of $5,000 value.

After the news came out of China, cryptocurrency market fell by 20% in value in few days. While Bitcoin managed to recover its value, many other smaller coins have suffered a temporary dip and have not come back to their previous highs yet.

Will the Value of Bitcoin Drop Even Further?

But this is just the short-term effect – China is also a home of some of the biggest Bitcoin mining rigs. While mining has not been banned yet, it is likely that it will be shortly.

Each cryptocurrency requires a different equipment for mining; hence many will be forced to either shut down or move to another cryptocurrency that is allowed by the government. If this is to happen, the production and value of Bitcoin will drastically drop until a new leading market is established for Bitcoin mining.

Another concern is the possibility that some countries may want to follow China’s steps. Some states, such as Bolivia, Ecuador and Bangladesh have already ruled against Bitcoin, and they could potentially tackle other cryptocurrencies as well. Doing this will impact Bitcoin’s value even more and could result in each of these countries producing their national virtual currency.

It seems like the cryptocurrency market will split into two directions: some will follow the path of China and ban digital currency other than the one developed on their own, while others will take an advantage and take over what China lost.

The truth is that only time will show the long-term consequences of China ban. For all we know, China may have just been seeking attention and popularity through the cryptocurrency ban. And with so little information coming from that particular Asian market, it is all just a speculation. But there is one thing for sure, Bitcoin is here to stay, regardless of the China cryptocurrency ban.

Check out my recent article on Advanced Fibonacci Strategies

or also How I Trade with Triangles 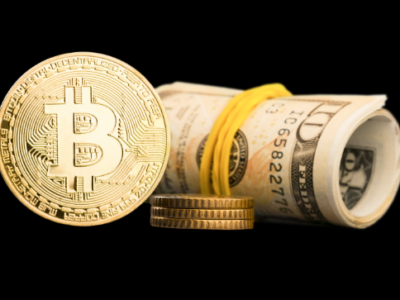 Could Investing In Crypto Be The Ultimate Hedge For Forex Traders?