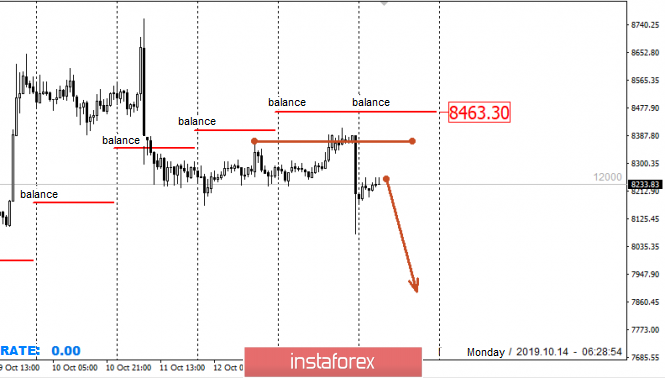 During the third day, bitcoin is trading below the balance level. This makes it possible to search for a pattern to sell. On Friday, a “false breakout” pattern was formed, which allowed us to enter a short position. Sales, in turn, is possible until the monthly minimum is updated, after which a partial fixation and transfer of the remaining part to breakeven will be required.

In the middle of last week, the “absorption” pattern was formed at the daily level; and thus, the minimum of this day can be considered decisive for the further construction of trading models.

An alternative model will be developed in case that Bitcoin will be rebuilt above the level of balance. The probability of this event today is 30%, which makes this model auxiliary. On the other hand, purchases from the current levels are not profitable. 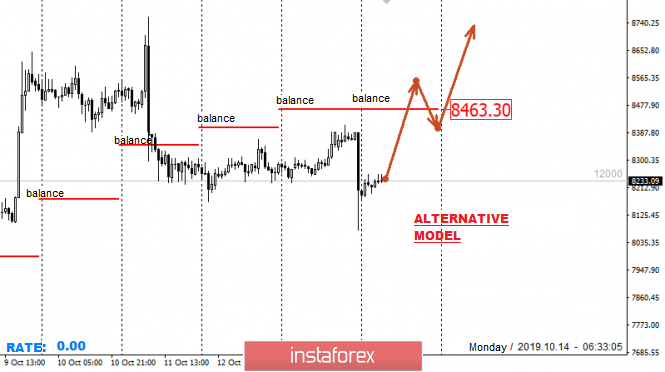