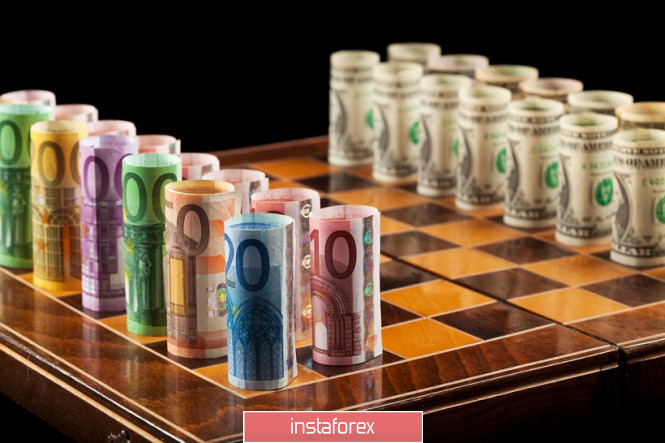 The euro-dollar pair is guided by a kind of “pyramid” of fundamental factors: geopolitical events determine the general trend, while macroeconomic reports from Europe and the US set the tone for trading in the short term. Over the past two weeks, the external fundamental background has dominated. The escalation of the trade war between the US and China, as well as political battles in Italy, overshadowed the economic calendar. But in the coming days, the situation may change as important releases are expected at the end of the week, which can affect the mood of traders. Moreover, the US-Chinese conflict has been on paused so far, and Italian politicians are still bargaining for the candidacy of the future prime minister.

The most significant macroeconomic indicators for the EUR/USD pair will be published on Friday. But even tomorrow, on Thursday, the pair may react to some releases. First of all, we are talking about macroeconomic indicators of Germany. The latest IFO report, which was published on Monday, outlined a very bleak picture. According to their data, it is not only the German industrial sector but also the service sector is in the recession stage. This state of affairs will probably affect the dynamics of the country’s economy as IFO economists noted that Germany’s GDP is likely to stagnate in the second half of the year. This has been the most optimistic forecast given the level of pessimism that German industrialists demonstrate. According to experts, such a gloomy picture has not existed over the past ten years. Moreover, published figures, which are already threatening Germany with a technical recession, do not include the last round of the trade war. Therefore, we can assume that the IFO indicator will continue the downward trend with a high degree of probability.

This is why tomorrow’s releases can either aggravate the overall fundamental picture for the euro or provide some support for the currency. The focus is on German inflation and the dynamics of which largely determine the dynamics of the pan-European inflation rate. According to forecasts of most experts, the general consumer price index in Germany will decline to -0.1% (on a monthly basis), after a two-month growth. In annual terms, the index should also show a negative trend, dropping to 1.5% (also after two-month growth). A harmonized consumer price index, which was adjusted for tax changes, can show minimal growth by + 0.5% (m / m) and + 1.3% (y / y). 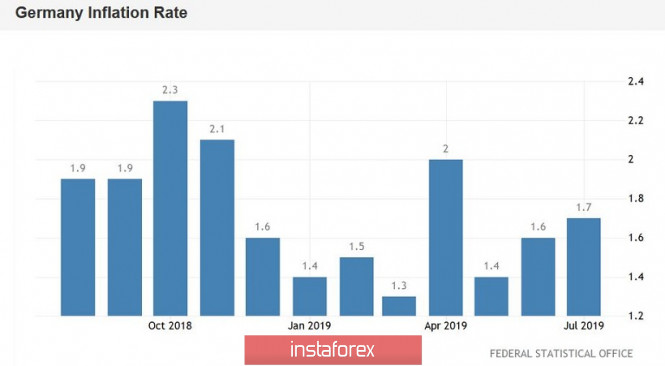 Moreover, data on the German labor market will also be published on Thursday. In this case, the published figures should not disappoint traders. According to general forecasts, the unemployment rate will remain at the 5 percent mark (as in the past three months), and the number of unemployed will increase by “acceptable” four thousand. If these figures come out at a predicted level, the European currency will receive some support but only if German inflation does not disappoint investors.

Thursday’s US session will also not allow traders to “relax”. Tomorrow, we will learn the second estimate of US GDP growth for the second quarter. According to most analysts, this indicator will be revised downward from 2.1% to 2.0%. It is also worth paying attention to the inflation component of GDP. It is believed that this indicator is monitored by the Federal Reserve “with a special predilection” (as is the price index of the RFE). Therefore its positive dynamics can offset the negative about a slowdown in the economy. According to initial estimates, the indicator came out at 2.4%, which is the best result in 2018. If the price index of GDP is also revised downward, the dollar will again fall under a wave of sales. 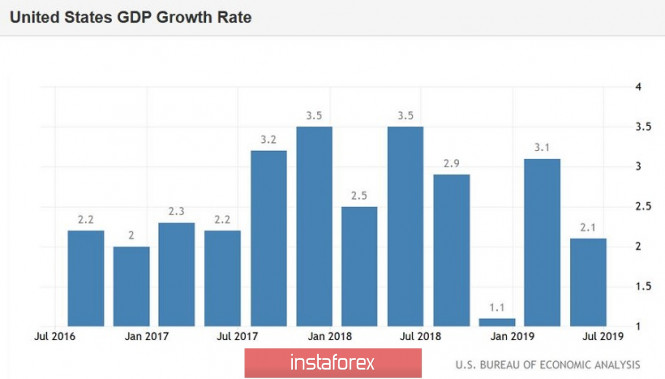 Yet, Friday’s data will determine the “well-being” of the European currency. Let me remind you that there is still no consensus on the further actions of the ECB in the foreign exchange market. According to some experts, the European Central Bank may reduce the deposit rate and at the same time introduce a multi-level system with certain conditions. According to other analysts, the regulator may return to a quantitative easing program. The option of applying aggressive measures to mitigate monetary policy is not ruled out.

Mario Draghi during his recent speeches did not exclude the implementation of such scenarios. He said that everything will depend on the incoming data. In this context, Friday’s indicators will play an important role. We are talking about key data on the growth of European inflation in August. According to forecasts, general inflation will show signs of recovery, increasing to 1.1% from the previous value of one percent. A similar trend is expected from the side of core inflation with growth to 1% from the previous of 0.9%. Contrary to forecasts, if the core consumer price index again disappoints the market, then the euro will weaken against a basket of major currencies and the dollar will not be an exception here.

From a technical point of view, the pair continues to trade in the 100-point price band of 1.1040-1.11140 at the lower and middle lines of the Bollinger Bands indicator, respectively. Macroeconomic releases can “lead” the price to one of the borders of this range. But it is possible to overcome the limits of a wide-range flat only with the help of an external fundamental background. In other words, economic reports may cause increased volatility, but they will not be able to determine persistent and long-term (trend) movement. In this case, the situation completely depends on the prospects for US-Chinese relations and indirectly on the outcome of the resolution of the political crisis in Italy.